With the San Diego Comic Con in full swing, I've decided to focus on superhero movies that have characters partaking of the spirits. Today's installment of SiscoVanilla at the Movies focuses on the religious thriller Constantine (2005). Constantine is a movie based on the Hellblazer comic book printed by DC Comics and then the Vertigo imprint of DC Comics. The protagonist John Constantine was created by legendary comic writer Alan Moore and artist Stephen R. Bissette. In the movie Constantine (Keanu Reeves) has the power to see demons. He hunts them down in order to make amends for killing someone earlier in his life. Constantine hopes to atone for that singular act and avoid going to hell in the process. And he's accelerating the process by chain smoking his life away. But at least he has good taste in the spirit he drinks.

In the scene where Constantine is visited by Detective Angela Dodson (Rachel Weisz) who requests his help in solving the apparent suicide of her sister Isabel (also played Rachel Weisz), he drinks Ardbeg 10. 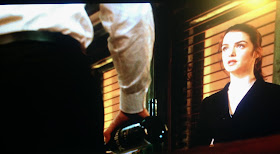 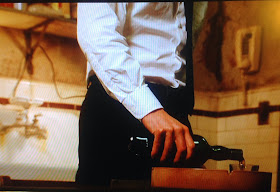 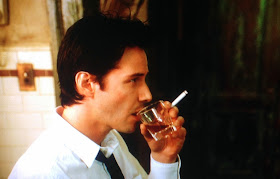 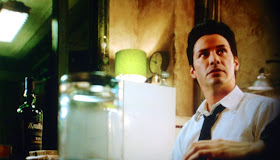 Ardbeg is only one of the finest Islay single malt scotch whisky producers ever made. According to the Ardbeg website: 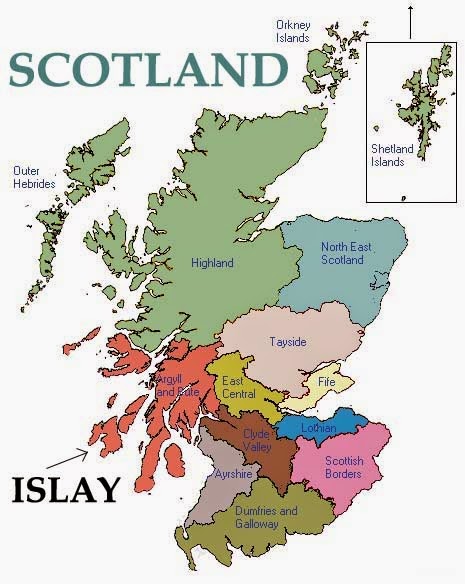 Abundant soft water, fertile soil and acres of precious peat makes this Island a place of pilgrimage for the single malt whisky faithful. And none more so than our very own Ardbeg, unquestionably the greatest distillery on earth. See you there soon.

Well, maybe I'll go when I have a job again ;) I digress. But what about that Whisky you might ask. Again I refer you to the website's listing for the Ardbeg 10:

Ardbeg Ten Years Old is revered around the world as the peatiest, smokiest, most complex single malt of them all. Yet it does not flaunt the peat; rather it gives way to the natural sweetness of the malt to produce a whisky of perfect balance.


AROMA: A burst of intense smoky fruit escapes into the atmosphere – peat infused with zesty lemon and lime, wrapped in waxy dark chocolate.

Bold menthol and black pepper slice through the sweet smoke followed by tarry ropes and graphite. As you dip your nose in further, savour the aroma of smoked fish and crispy bacon alongside green bell peppers, baked pineapple and pear juice.

Add water and breathe in the vortex of aromas rising from the glass. An oceanic minerality brings a breath of cool, briny seaspray on chalky cliffs. Waxed lemon and lime follows with coal tar soap, beeswax and herby pine woodlands. Toasted vanilla and sizzling cinnamon simmer in the background with warm hazelnut and almond toffee.

TASTE: An explosion of crackling peat sets off millions of flavour explosions on the tongue: peat effervesces with tangy lemon and lime juice, black pepper pops with sizzling cinnamon-spiced toffee. This is followed by a wave of brine infused with smooth buttermilk, ripe bananas and currants. Smoke gradually wells up on the palate bringing a mouthful of warm creamy cappuccino and toasted marshmallows. As the taste lengthens and deepens, dry espresso, liquorice root and tarry smoke develop coating the palate with chewy peat oils.

FINISH: The finish goes on and on – long and smoky with tarry espresso, aniseed, toasted almonds and traces of soft barley and fresh pear.

I have to admit that I have never had the pleasure of having a wee dram of Ardbeg. So shame on me for not doing so. That is something that I hope to accomplish sooner than later. I'll get back to gals and guys when I do.